According to FAO, there are about 795 million people worldwide suffering from hunger, particularly in developing countries. While agricultural production increases the situation does not improve. Hunger is a matter of distribution and access to adequate food. Undernourishment and over nourishment - 600 million people in industrialized countries suffer from overweight and obesity - occur for the same reasons: the destruction of local and regional food sovereignty and the separation of food production and consumption.

Small scale food producers provide the vast majority of the world's food. They play an essential role in the fight against hunger and poverty and in preserving natural resources and the environment. Peasants’ agrarian, fishing, pastoral and agro-ecological systems and the knowledge associated to each of these systems are fundamental for the renewal of agricultural biodiversity, for nutritious and healthy diets and for food sovereignty.

Nevertheless, peasants and other people working in rural regions are among the poorest segments of the population, lack political representation in the majority of the countries and suffer the most from the effects of globalization and climate change. Speculations on food and agricultural land as well as state subsidies for industrial agriculture threaten their existence. Environmental destruction, erosion, poisoning of the land from agrochemicals and water shortages result in emigration from rural areas and lead to worldwide migration. 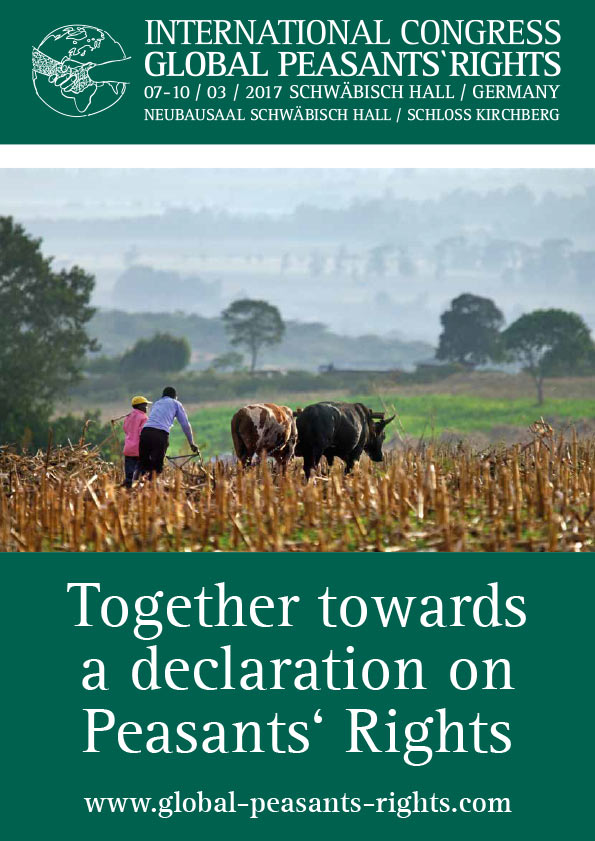